Everyone has their favorite movies that they watch. Films act mostly as a source of entertainment.

You can watch in the comfort of your home or visit the cinema, be it the horrifying ones, comedy, drama or the romantic ones.

In this article, you will read about the best 6 Best Movies Based in Bomb Shelters.

This is a movie whose genre is a drama with the pioneering language being English. Frank Perry directed the movie, and it goes for about 1 hour and 24 minutes.

In this movie, both teachers and students from countryside elementary schools get themselves into an overwhelming fear.

This happens after an alarming danger siren goes off, alerting them of a nuclear attack that is about to occur in their premises.

It happens mistakenly that the bomb explodes, getting them off-guard, leading to random separations.

At Alice’s home, there is a bomb shelter, so she decides to host her classmates. The disastrous incident happens when Alice locks out one of her classmates.

This is a thriller movie with English being its original version language. Matt Duffer and Ross Duffer are the directors of this movie.

The plot of the movie is based on a certain family with their one young daughter. The family tends to look for new habitats after an outburst of a deadly virus.

They end up finding out an underground, where they move in and make it their habitat. For about three hundred and one days, they lived in the bomb shelter as they waited for things to turn out normal.

The family of three manages to live secretly until one day; someone finds them out in their hide-out haven.

3. When the wind blows

This is an animation movie directed by Jimmy Murakami. It was released in 1986 on October 24th, and the tale runs for 1 hour 20 minutes.

In the tale, you will encounter two elderly married couples. They live in peace in the countryside, as their lifestyle is simple until one day when all goes south.

It comes to their attention that there was a nuclear attack that was about to happen. Their reaction to this scenario can be considered insufficient as they had less clue about their gravity situation.

As the radiation starts to take its impact on the unwitting couple, the movie takes a darker turn.

Dan Trachtenberg is the director of this movie. It was released on March 8th, 2016, in New York; it goes for 1 hour and 45 minutes.

In this movie, a lady is involved in a tragic car accident that leaves her unconscious. On waking up, she finds herself around two men in a bunker.

The men act generous to her, as they give crutches to help her. They tell the lady that there has been an unknown vulnerability on earth, so it is not safe for anyone.

It reaches a point where she gets suspicious of the two men, and she finds herself in a dilemma on whether to go out there or stay inside the bunker with them.

It is a movie that early childhood exposures have inspired. John Boorman directed it. The movie can be categorized as either drama or even comedy.

The movie runs for 1 hour and 51 minutes, approximately two hours. The initial language is English, and it was first streamed in the year 2001 on July 5th.

The movie is all about a young boy who happened to stay in London in the era of world war II. Night hours were quite frightening to this young boy due to the frequent bombings.

This comedy runs for 1 hour and 39 minutes with English as its original language. Joe Dante is the director.

In the movie, you will see an incident where Cubans are faced with the missile tragedy and a perceived threat of nuclear war over the southern Americans.

This occurs when a certain movie maker who operates on a low budget is launching his new movie.

At this time, he starts to think about the worrying concern at the launch to come up with happy moments.

You will see some young adults getting ready to go for the film’s launch, who face some unstable situations.

These are the best movies based in bomb shelters: 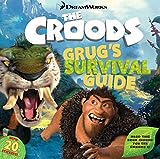 The Mountain Between Us
Check Latest Price
SaleBestseller No. 9 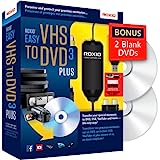 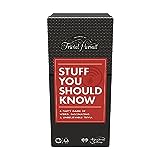